How Much Does Spotify Pay Per Stream in 2022

Streaming is one of the main music revenue streams for artists in 2022. With the industry now gone fully-fledged digital, releasing your music online to big DSPs like Spotify, is now a necessary step for getting it into the ears (and spheres) of the everyday listener.

But how many bucks are you making for your streams? Let’s find out.

How much does Spotify pay per stream?

REMEMBER: The rights holders of a song can include; the publisher, songwriter and the master recording owners (i.e. the artist and/or label if they’re signed to one).

So how can you work out how much you could earn from Spotify streams?

Well, exact amounts artists can generate via streams of their music is closely guarded, off the records info.

But if you want to get a general idea about how much you could potentially earn off the back of Spotify streams, let our Spotify Royalty Calculator do the math for you!

IMPORTANT: THE ROYALTIES PREDICTED BY THIS CALCULATOR WILL NOT BE 100% ACCURATE. IT IS A ESTIMATE – BASED ON FIGURES FROM THE USA. MANY FACTORS AFFECT STREAMING ROYALTIES AND THIS CALCULATOR SHOULD ONLY BE USED AS A GUIDE.

As we mentioned before – it’s impossible to work out exactly how much you should or could be earning per stream based on Spotify’s own confidentiality and the vast number of factors influencing your stream rate.

So don’t get too caught up on the exact calculations, and instead, focus on how you can boost the amount of money you do make from online streams!

How do Spotify streaming payouts work?

Spotify, like many other on-demand streaming services, follows what’s known as a “pro-rata” or “platform-centric” distribution model.

This means the revenue generated and paid out to individual artists releasing on the platform is divvied up based on the following 4 factors:

So in the streaming world, there’s no such thing as an all-in-one revenue pool.

Instead, there’s loads of separate buckets – for every kind of subscription, every local market, country and so on. And different types of streams can only mean one simple thing – not all streams are created equal.

For every artist releasing music, the pay per stream rate will be in constant flux — simply because there are hundreds of factors affecting the overall revenue.

Let’s dive a bit deeper and take a look at the 3 main ones for Spotify.

What is a Spotify ‘pay per stream’?

Basically what it says on the tin.

A ‘pay per stream’ is the amount of money or rate of pay, generated every time someone streams a song on any kind of digital streaming platform.

So for artists releasing their music on these platforms, the pay per stream is essentially the amount of money the artist makes for a single stream of one of their tracks or songs.

And with the no.of streaming service subscriptions up by almost 25% in the US between 2019 – 2020, it’s now more important than ever for artists to release their music to every big DSP.

What can affect Spotify royalty rates?

How much you get paid per stream on Spotify varies from artist to artist. Here’s why.

(1). Who you distribute with

Spotify doesn’t pay artists royalties based on any kind of rights agreement between Spotify and the artist.

Instead, the royalty payments you’ll receive as an artist on the platform are based on your agreement with your music distributor or label.

Which means the amount of money you’ll get paid per stream on Spotify is influenced directly by the music distributor you’re working with (and how big a piece of the pie that distributor takes!).

At Ditto Music, we want you to see as much buck for your stream as possible. Which is why we work on a 0% commission rate basis, meaning you’ll keep 100% of all the royalties for every stream of your music.

(2). Your listeners’ country of origin

Believe it or not, where your listeners are tuning in from matters.

Not every country pays the same amount of money for streaming on Spotify.

So if you already know you’ve got a global base of listeners from across the world, chances are this will heavily influence your pay per stream rate.

Spotify operates 2 types of subscription plans for users streaming music on the platform; a Free account and a Premium account (which requires a paid subscription).

As paying listeners, Spotify Premium listeners bring in more money to the platform while they listen, compared to Free listeners.

Getting your music streamed on Spotify is just one form of streaming income.

While Spotify might be the most popular music streaming service among listeners, millions of people use other streaming services too. Which means you’ll maximise the money you can make from streaming by releasing music to as many platforms and online stores as possible.

Being present on more than one music streaming platform is always a sure way to build your following and reach new listeners too!

Playlists are also the main way listeners consume music on streaming services – whether that’s using editorial playlists curated by the app itself, or user-generated playlists too.

Which means getting your music playlisted is another way to make more money from Spotify streams, by putting your tracks in prime place to get picked up by the algorithm and more listeners.

And ultimately, the more streams and fans you can generate on Spotify, the more revenue you’ll return in the form of music royalties.

On top of making money from streaming royalties, selling your music online presents other opportunities too – like building a global listener-base, getting playlisted, or even getting discovered for a sync opportunity – making it a huge pool of uncapped potential for new, aspiring artists! 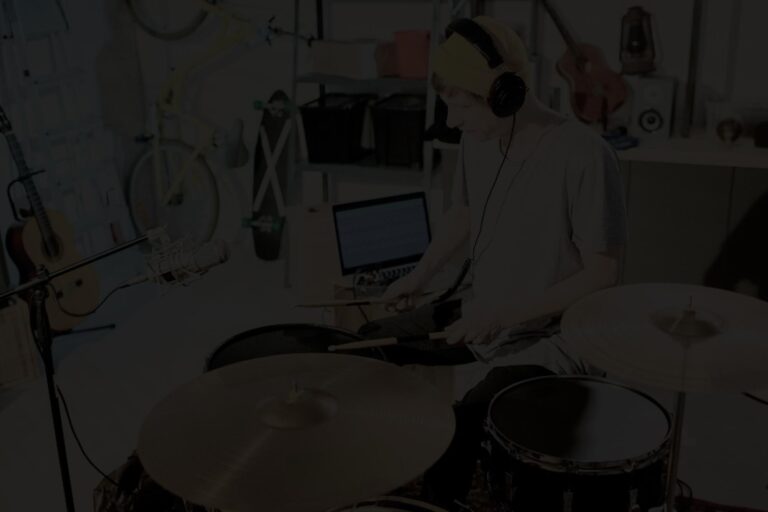 How to Record and Mix Drums in 5 Simple Steps